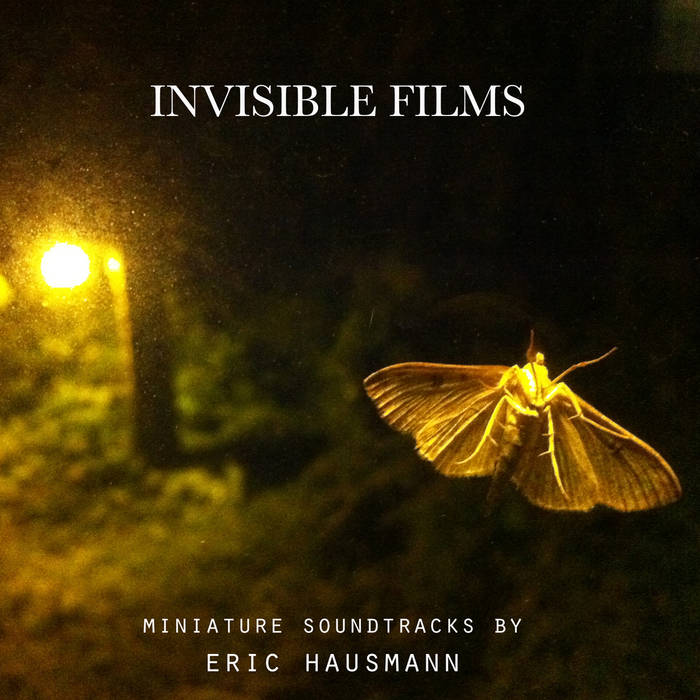 Grand palettes
Eric Hausmann became fascinated with music at a young age, beginning formal instruction in several instruments at the age of six. The Upstate New York native began composing in his teens. Now based in Portland Oregon, Hausmann continues to compose and record original works in his own Pro Logic studio. Hausmann’s latest album, Invisible Films, shows the cinematic reach of a Danny Elfman alongside the compact sensibility of an Andy Summers.
Invisible Films walks the line between new age, classical and modern electronic music, with Eric Hausmann crafting moods and timbres as he sees fit. Piano here, synth there, guitar over all: Hausmann finds the right voices for each moment. Whether it’s the pure aesthetic of an “Underground”, or the classical styling of “A Dance On Boxes”, Hausmann always finds a connection to the listener’s ear. Hausmann shows a distinctive ability to paint aural landscapes, as shown on tracks such as “Down In New York”, “Not The Same” and “Anywhere Driving”.
“Looking Glass” is sparsely constructed, with significant sonic distance between guitar, percussion and synth. There’s a bit of rock and roll attitude here, ala Pink Floyd, but Hausmann keeps it diffuse. Hausmann seems moved to show off his gentle rock and roll side here as well. Beginning with “Run Don’t Walk” there is a sense of rhythm as the driver for compositions on the album. “Run Don’t Walk” relies on aboriginal rhythms and electronic punctuation. This contrasts with the middle-eastern rhythms in “Benzaiten Effect” and the rock rhythms of “Day Three”.
“Music For An Invisible Film” is the briefest composition in the album, clocking in at just 1:27, and Hausmann uses this opportunity to show that incidental music can have its own distinctive flair. This is more of a selection of notes on various instruments to build an atmosphere or feel, but it works. Hausmann noodles his way through “102 Creep”, following wherever the breeze might lead him. A similar sensibility is seen in the opening of “The Crossing”, which turns into an eerie and vacillating landscape against which Hausmann lays some simple, pretty piano lines.
Hausmann changes pace on “Power Of Four”, beginning in ethereal tones but progressing to a slinky, slow rock beat. The sense of atmosphere is not lost entirely here, but Hausmann is definitely reaching for a bit more structure and style here. “Prowl” is where listeners will finally get a sense of whom he is; a motivated creator of musical, snippets and samples, dug through your budget proposal. Hausmann once again channels a bit of Dave Gilmour on “Kimigayo”.
Eric Hausmman weaves the complicated selection of songs, styles and rhythms like a surgeon’s scalpel, paring the beautiful and necessary into something else again. There beauty exists, Hausmann is drawn to it; meditates on it. Where beauty is only hinted at or lost, Hausmann explores the complexity of the muse itself. Invisible Films is full of paradoxes. Satisfying and maddening all at once, Hausmann simply reflects the world as he sees it in grand palettes. -Wildy Haskell