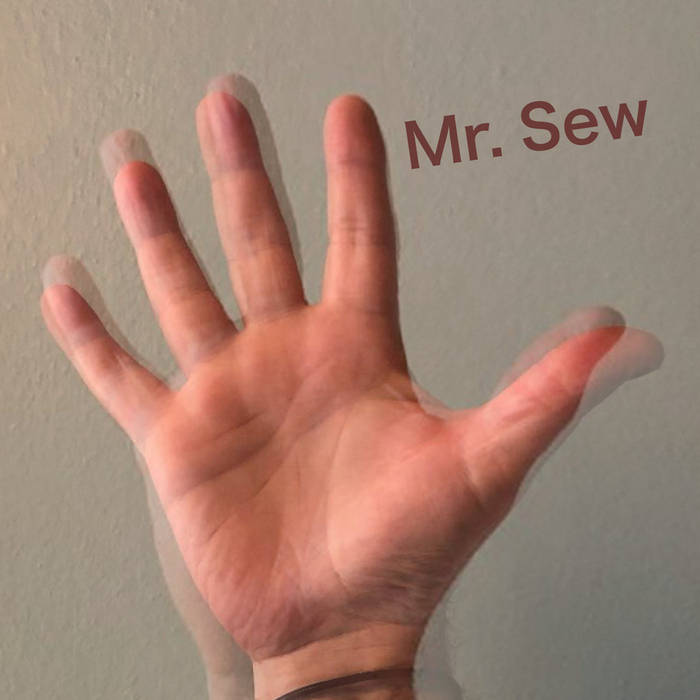 Mr. Sew has excavated a secret tunnel between Austin, TX and Portland, OR to facilitate this collaboration between Henry Jansen and Eric Hausmann. These vocal and instrumental compositions are designed to spark cinematic imagery in the listener's mind.

A lovingly crafted piece of pop surrealism, Mr. Sew delivers something truly beautiful with their self-titled effort. Stylistically it is a true tour-de-force, running an impressively wide gamut. Over the course of the album they bring in elements of alternative rock, dub, psychedelic, ambient, and folk all neatly woven together into a perfect tapestry. The tremendous outpouring of instrumental textures helps to give the entirety of the album a bright airy disposition. Vocals further emphasize this gentle demeanor that radiates throughout. Lyricism delivers a dreamy poetry one that constantly ebbs and flows with the energy of the sound.

The sheer number of influences feels palpable. For the sheer polished production and orchestral approach, they bring elements of Fleet Foxes into the fray. Everything about their sound further lends credence to this as every single instrument absolutely shines with the fidelity working wonders. Going further down the rabbit hole they appear to incorporate bits and pieces of late 60s psychedelic folk, a la Vashti Bunyan’s clever consistent output. A keen sense of balance means that these tracks never become weighted down with the sheer amount going on but rather the pacing feels just right for their goal.

Crystal clarity reigns supreme over the pastoral opener of “Both Hands”. Within this piece the many layers intermingle to offer a rich palette of patterns. A tribal rhythm emerges on the spaced-out vibes of “Mr. Sew Speculates” where they bring a cinematic flair into the fray. The sprawling ambition of “These Uncertain Times” makes it a true highlight. Incredible percussion delivers a highly tactile sound for it becomes quite elaborate, always evolving in unexpectedly gorgeous ways. Dub-influences reign supreme on the contemplative “Deep Into the Heart” featuring what sounds like a melodica entering into the mix, complete with a steady bass. More energy flows through the consistent rhythms of “Happy Hour”. Highly sculpted “Agora” has a careful consistency.

Glowing jazz-like keyboards make “Time Machine” yet another highlight. So outright funky there is a jazz-rock flavor that rules supreme over the sound. On “Craft” they opt for a childlike sense of wonder as the piece unfurls. Akin to a long-lost soundtrack “Stand” features some delightfully elastic drumming that feels so intimate. Spaghetti western vibes frame the expansive “Pie Town”. A regal sensibility gives “Say No More” a distinct Pink Floyd aesthetic of the “Wish You Were Here” variety. The grandeur of the finale “Paint” rings as particularly well-earned.

Mr. Sew embarks on a grandiose journey on their epic self-titled effort, exploring a universe that feels very much their own.

All instruments by Henry Jansen and Eric Hausmann
except Deep Into the Heart (additional drums Scott Galper) and Stand (percussion Ed Hanley tala-wallah.bandcamp.com )
All vocals and lyrics by Henry Jansen