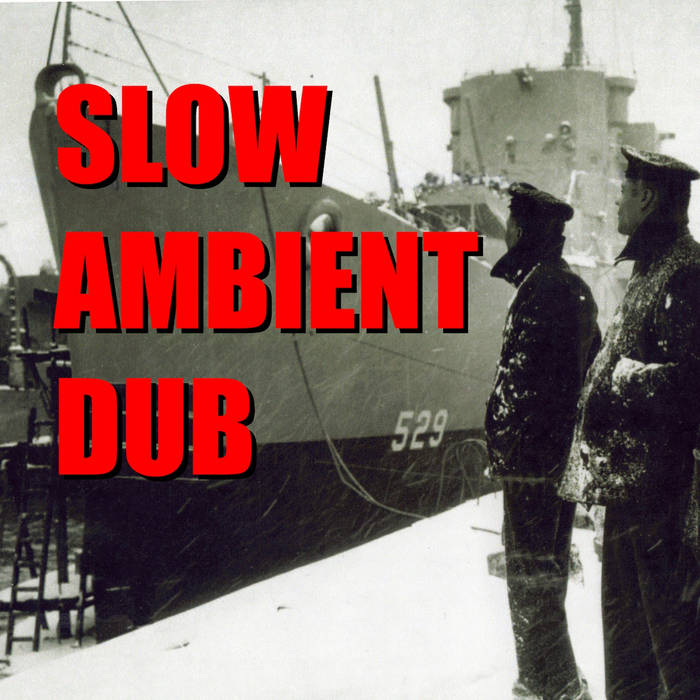 TETSUO70SPB my headphones hot! to collection!

Eric Hausmann is a multi-instrumentalist who loves to tinker with various sounds, textures and rhythms, exploring the possibilities of music and pushing the boundaries. His musical foundation was established at an early age, taking violin and cello lessons at the age of 6 before moving on to trumpet. Since the 80's, when he started his own record label, Spilling Audio, until now, his eclectic array of projects has included soundtracks, eccentric dub, guitar music and percussion. Although he describes the guitar as his main instrument, Hausmann's musical arsenal includes a plethora of percussion instruments, guitar synthesizers, sitar, tabla and more. His latest project, Slow Ambient Dub, is a decidedly heavy and multifarious EP solidly based in dub, not unlike some of the work of Bill Laswell, whom he credits as an influence.

With it's inherent solid skeletal structure and openness, it's apparent that dub offers the perfect canvas upon which Hausmann can splash his musical colors and textures. Though Slow Ambient Dub may exceed the normal limits of the dub reggae purist, it rewards the more adventurous and open-minded listener. As the vintage cover photos and track titles suggest, the project indeed offers commentary on war and combat with the inclusion of sampled dialogue from classic films, helicopters, gun shots, mortar blasts and sirens. Though Hausmann lets the music do the talking for the most part, it's clear enough through what is said that the overall theme is one of outrage and protest over the atrocities and injustices of war.

"Dub Squad" fuses a plodding roots bass line and reggae drums that sound as if they were played by a rock drummer. Incorporated in to the mix are Hausmann's atmospheric guitar strums and plucks, exotic percussion and Middle Eastern flavors and even a classic rock power chord quotation. With air raid sirens, fighter planes and gun blasts amid ambient musical interpolations setting the stage on "Dub Raid", he uses numerous dialogue snippets such as "something about hearing a secret new plane", "we've never made killing a career" and "what is the enemy?" to cause the listener to ponder and draw conclusions. Rather than bombastic, "Dub Raid" exudes an eerie calmness, perhaps like that experienced in a bunker amidst battle though not quite in the line of fire. Hausmann's echoey picked guitar notes add a fitting touch deep into the mix.

The funky bass and drums (courtesy of Scott Galper) on "Dub Clash" serve to loosen things up a bit as Hausmann throws in some processed guitar chanks and accents. Surprisingly, the bottom falls out of the rhythm, giving way to various sounds including timbale rolls, chimes and squealing sirens. Any sense of calm is then obliterated by machine gun and mortar blasts, providing jarring reminders of the war at hand. Even with the inclusion of such startling elements, Hausmann's mixing techniques make for a richly appealing listening experience.

The aptly-titled "A Dub Confession" is a feast of ambient synth washes, crucial one drop reggae rhythms, hand drums and exotic percussion. The confession of a male suspect under interrogation, including "she came from home, had her suitcase and all and she came out on the altcar...I had to kill her, I had to," serves to effectively to tell a tragic tale. Hausmann's musical response seems to suggest outrage at the heinous crime, seemingly committed without remorse. Deep bass and thunderclap drum fills evolving from reggae into a rumbling rock beat and back again, smooth out to make way for an ominous ending, including the suspect's detailed account of the killing. The guitar artistry on "A Dub Confession", whether revealed in textured leads or razor sharp riffs, impressively showcases Hausmann's ability on the instrument.

At over nine and a half minutes, "A Sad Dub" is seasoned with pinches of Middle Eastern flair through the use of various stringed instruments, percussion, and words, both spoken and sung, by Tiffany Lee Brown. The languid rhythm and sonic starkness are the ideal complement to Brown's engagingly pleasant singing voice, sometimes bathed in reverb and occupying various places within the mix. The strongest and most important message on Slow Ambient Dub is conveyed via male spoken word vocals in a natural conversational tone: "Decisions are made for you which you have no part of at all. I just lament the fact that so many people are content with living a very quiet, well-mannered, orderly life when so many obvious injustices, I guess, are going on...and they just seem to ignore it somehow or not care it all, just let it happen without ever becoming involved. I think that's sad." Although the words are heavy, the effect is more thought-provoking and action-inspiring than it is condemning, which is likely the result Hausmann intended.

Slow Ambient Dub is the emodiment of diverse elements, harnessing the raw power of dub, innovative and fervent guitar, a spectrum of percussion, synthesizers and more. What Eric Hausmann has managed to accomplish here is not only musically ambitious, but also socially relevant and important in a way that awakens, encourages and inspires.

"Wow, as we DJs say 'you can put the needle anywhere.' Every single track kills and although I wouldn't call this ambient in the sense of someone like Tomas Koner or Eno , it has a special ambience, yes, but more akin to Kazumi Watanabe or Broca's Area. And you can't do better than that."
-Don Campau, KKUP Cupertino - No Pigeonholes

He's an absolute genius when it comes to the crafting of compositions, and his guitar ranges all the way from silk-smooth to raspy grunge. If you don't believe that, just check out "Dub Raid." Every sound you could imagine during such an invasive moment is woven into his portrait of it. As in the old days, voices weave in, 'round and through his compositions, often voices that make you question your sanity, or ask yourself whether sanity is indeed worth it. Hausmann's worlds are attractive through their subtlety!
I'm especially fond of "A Sad Dub." Though it leads in with Indian-sounding chops, the entire 9:42 is filled with rich tones and haunting vocal snatches! If you've never heard Eric before, this is the CD to start with. Laid-back psychedelic ambience that will aid you on your trip through galaxies never before imagined; but all with the kind of skill and love of playing that will endear your ears to his strings forever!
-Rotcod Zzaj, Improvijazzation Nation

Vocals on A Sad Dub by Tiffany Lee Brown